The numbers are in, and people are living longer! The Center for Disease Control calculates that overall life expectancy in the U.S. is presently 78.7 years, with women outliving men by an average of 5 years, or 81 years vs. 76 for men. (Longevity is one area where there is no gender equality.)

Some of the reasons for the increase in life expectancy include:

The life expectancy ages are actually misleading, as they represent averages that include the few who pass away at younger ages. For those who have already reached their 60’s and 70’s, life expectancy is longer still. According to data compiled by the Social Security Administration and the American Academy of Actuaries:

In spite of occasional political rhetoric to the contrary, we think that the longevity trend is very good news – especially given the alternative! However, it does represent a tremendous challenge if Americans insist on retiring at 65 with inadequate savings, as Social Security was never intended to be a retirement plan.

As the longevity trend continues (and we hope it does), one thing remains clear: we have to rethink the whole concept of retirementand living a lengthy and productive life.

The whole concept of retirement started less than a hundred years ago. The idea firmly took root largely as the result of the Social Security Act, which was passed in 1935. The word “retiree” didn’t enter the lexicon until the 1940s.

In 1935, the average life expectancy was a mere 61.7 years, and it probably seemed logical to set the arbitrary retirement age at 65. However, with a realistic expectation of living beyond 80, it is now useful to set aside some of the outmoded models of what retirement looks like and ask if retirement is even a worthy goal!

The Challenges Of Living Longer

In some financial circles, increased life expectancy is seen as being more of a “risk factor” than an advantage. The U.S. Census Bureau reports that half of U.S. workers have no private pensions and one-third of Americans have set aside no savings for retirement. And among those receiving Social Security benefits, a third rely on that monthly check for 90% or more of their incomes.

As of late 2014, the average Social Security benefit was just below $1,300, which is clearly not enough for most people to live on! If a senior needs assisted living, they can expect to pay $4,000 or more per month in most areas of the country.

Then there is the issue of “retirement plans.” If you have a traditional pension, IRA or 401-k plan in place and you originally planned on retiring at 65, it might not be elastic enough to stretch for two or more decades. Even if your savings have been calculated to account for inflation, it has been shown that the Consumer Price Index cost-of-living calculations do NOT keep pace with real-world inflation.

Even if typical retirement plans are becoming less viable,we can start by saving more – we recommend 20% – and we can also reframe our expectations. Beginning retirement at 75 or 80 gives us 10-15 more years of earning and saving.

For those who can easily afford to retire at age 65 or earlier, there may still be better, more interesting options than a life of leisure. Below are some examples of people who have already explored ways to make their long lives fulfilling and even prosperous!

The Changing Face of Late-Life Careers and Lifestyles

Poppy Bridger retired at the age of 69. Three years later, she used her life savings to purchase the lab she retired from. The business brought in about $350,000 a year and she ran it until she passed away in 2013 at the age of 89. She turned “retirement” into a prosperous second act.

Also consider R. Nelson Nash, the founder of the Infinite Banking Concept. Born in 1931, he had this to say in a December 2011 interview with the Lara-Murphy Report: “There is no way to convince me to retire! This life is too much fun to miss out!”

Nash went on to say that people need a purpose in life and asserts that government-legislated retirement ages are arbitrary.

Ernestine Shepherd (pictured above) began body-building at age 71 and holds the world record for the oldest competitive body-builder. What began as a desire to get in shape to shake off her sedentary habits as a former secretary became a way of life as well as a vocation. Ernestine is now a personal trainer at her gym and leads exercise classes, inspiring many with her dedicated example. She has been featured in documentaries and “lives to inspire senior women to reach their physical potential.”

Young at Heart is an acclaimed documentary that highlights how one group of seniors is breaking the mold by performing contemporary rock, pop, and even punk music across the United States and beyond.  Watch the trailer below: https://www.youtube.com/watch?v=CjnfoFg7i7g

The Young at Heart Chorus bills themselves as “seniors behaving badly,” but it’s all in fun. The minimum age for the choir is 73, and they specialize in performing songs not normally sung by older adults, including songs The Ramones, James Brown, The Clash and Coldplay. The movie is touching as well as entertaining… prepare to laugh as well as cry! 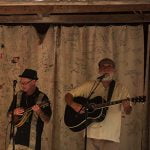 Creating A Model That Works For You

Deferring retirement (or “forgetting to retire” altogether) can not only provide additional savings but also enormous opportunities for continued growth, personal fulfillment and exploring long-term prosperity. Consider models outside of the “work until 65, then quit cold turkey” plan. Some possibilities:

If you would like to learn how you can grow a substantial amount of cash that you have access to at any time without penalties, is unrelated to the stock market, and will generate income that is not included in your tax return, visit our website at http://InfiniteBankingSimplified.com/ or feel free to email us your questions at ContactUs@InfiniteBankingSimplified.com or call us toll-free at 1-844-443-8422.