Blog 53 – The Impact Of Financial Mistakes

“Failure is the key to success; each mistake teaches us something.”
—Morihei Ueshiba 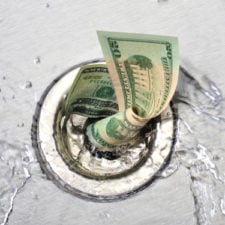 Owning Up To Financial Blunders

Have you ever made a big financial mistake? You’re not alone. According to a Consumer Federation of America report, 67% of middle class American consumers (those with annual incomes of $30-100,000) owned up to a “really bad financial decision”, resulting in an average loss of $23,000.

Apparently, having more money doesn’t automatically make you smarter! Among upper income Americans (yearly incomes of $100,000 or more), 61% confessed to making a fiscal mistake. The average loss for this demographic was $61,000, 265% more than their middle class counterparts.

One of the report’s most telling details is that over 80% of those surveyed felt that their ability to make financial choices was “good” or “excellent”. However, there was an overwhelming correlation between losses and the lack of professional financial advice. A full 17% of middle class respondents said they “wouldn’t seek any information or advice, and just make a decision,” yet this group fared worse and suffered more losses than those who sought professional help.

If four-fifths of those responding are “good” or “excellent” at making financial decisions, then why have nearly two-thirds admitted to making a bad choice – with nearly half saying they made more than one? There seems to be a serious disconnect here. 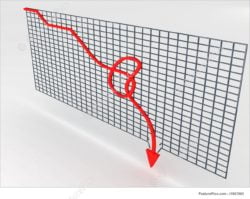 Bad financial choices might result in an immediate dollar loss, but there is a lingering impact called opportunity cost. An opportunity cost is what that money could have earned over time – had it not been lost.

If the same mistake is made at age 30, the opportunity cost would have been an eleven and a half-fold increase of $573,370.

Of course, the real opportunity cost could be higher or lower, as rates of return are variable, but the point remains the same: the cost of lost money is ongoing, not a one-time event.

Keeping the opportunity cost in mind, here are some further observations:

Looking Beyond The Bottom Line

Much like the opportunity cost, there is another longer-term but seldom discussed outcome from financial mistakes: the emotional toll. Regret and shame from financial choices can have a paralyzing effect. Financial shame can lead to avoidance of money matters, low self-esteem and even “financial infidelity”, when people keep over-spending and fiscal losses hidden from their spouses or partners.

There is a way to minimize the emotional fallout from poor financial practices. You should examine your situation to look for “bigger” lessons. Close scrutiny of “money stuff” is a way to learn and grow. Instead of focusing on failures and mistakes, concentrate on the wisdom gained and move forward. This mindset can speed up the process of financial recovery.

email
Get your copy of “I, Pencil"